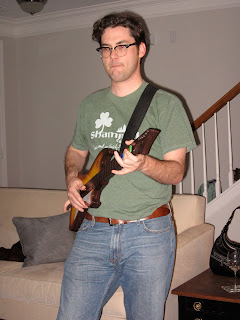 In your 'modern world', the Doctor is Albert Roberts, mild-mannered high school Visual Communications teacher. Before teaching, Roberts was a professional Graphic Designer for ten years for various design firms and sign companies.

Roberts spends his free time in the pursuit of strange and obscure medical and scientific knowledge of the 18th & 19th centuries, and typically has a heap of books on his night stand that range from period texts and journals to historical fiction.

Roberts has been interpreting history and reenacting since 2001. He started out as the Schoolmaster, creating and instituting an educational program for the children of reenactors in how to be more like a child of the 18th Century. This program included, schooling, games, songs & even insults used by kids of the period. His transformation into the Doctor came in 2003 when the site where he regularly attended lost their 'doctor'. Roberts was the only person on-site who had ever helped with the medical demonstrations and seemed like a natural to 'take over the practice'. 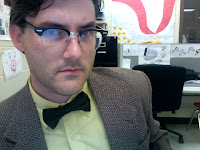 As the Doctor, Roberts has gone on to bring his medical demonstrations to historical sites and events all over the eastern United States, to the praise of public and reenactors alike.

When asked why he doesn't portray a specific doctor or surgeon from history, Roberts replies, "My love is for passing on the knowledge of the medical and surgical techniques... not for trying to BE some particular historical figure. That way, the public doesn't get hung up on who I AM, but instead what I'm DOING becomes more central. Just as it SHOULD be."

When not saving the past from disease and injury, or teaching design to the next generation in a classroom, Roberts stays busy chasing after his four daughters who range in age from 14 to 7.